Renovation and transformation work for the new Grace St. Moritz hotel has begun this month. The former La Margna hotel situated on Via Serlas will be completely refurbished, and a new wing will be added. Period features of the original building will be carefully preserved during building works. 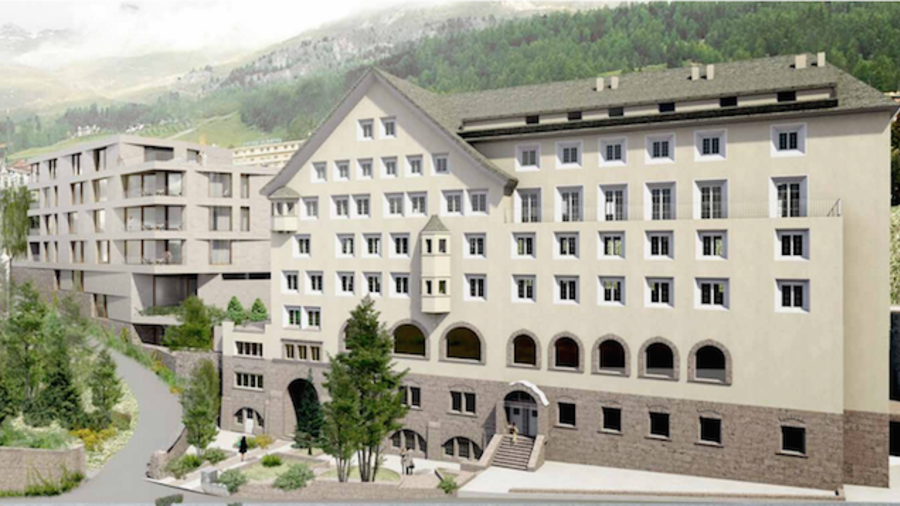 Initial work has commenced and excavations for the new annex—comprising additional hotel rooms and suites, the spa area, and an underground car park, will begin in October. In the historic hotel building all new rooms and suites will be built on the upper floors, while on the lower floors, the legacy public spaces will be sensitively renovated.

A briefing was held on Friday 30th September at which the hotel's neighbours and the public were apprised of the upcoming work and the schedule. The careful project planning phase has resulted in a revised programme of works with completion of the hotel scheduled for autumn 2019.

Painstaking project planning has ensured that emissions, as well as disruption to both pedestrian and vehicle traffic, will be kept to a minimum during the construction phase. Nevertheless, the Truoch Serlas, one of the pathways between the village and railway station, will have to be temporarily closed during the excavations for the underground car park. The escalators inside the Serletta public car park will provide a convenient alternate route to and from St Moritz railway station for pedestrians. A footbridge will be erected this coming winter and during the Ski World Championships. Alternative arrangements for pedestrian access between the village and the railway station will be closely coordinated with the municipality and clearly signposted.

The new Grace St. Moritz hotel will re-open as a luxury boutique hotel and will comprise 56 rooms and suites, three restaurants, and a spacious spa extending to over 800 square meters. The hotel will be open for ten months of the year.