Following a public vote, the comprehensive renovation and extension of the Hotel La Margna, adjacent to St. Moritz railway station, has been made possible. The people of St. Moritz have voted with a substantial majority in favour of re-assigning the period hotel to a new hotel zone appropriate to the re-development plans. Construction work is to begin in the coming spring—the hotel is set to re-open as part of the Grace Hotels group in late 2017. 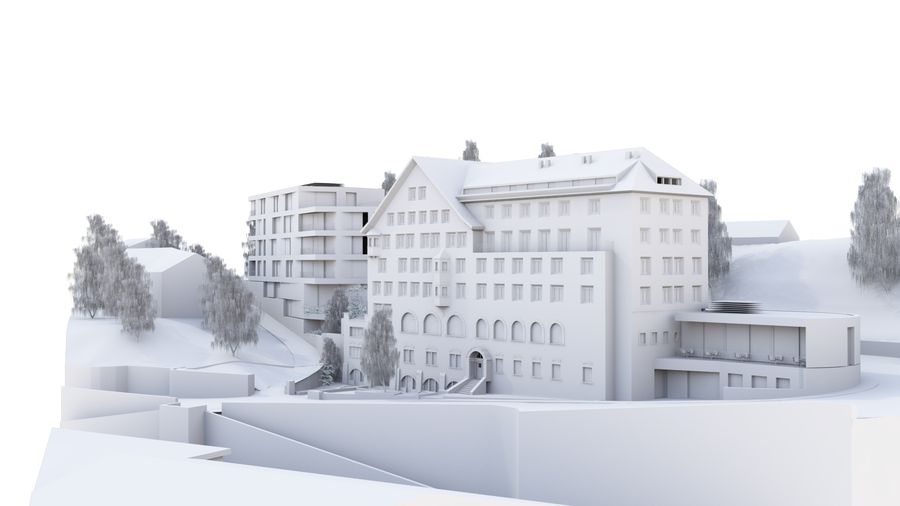 The voters in St. Moritz cast 873 votes in favour of the re-zoning versus 112 against. The re-zoning has yet to be endorsed by the Cantonal government. Following that, renovation and remodelling including a new annex building which will add extra space to the hotel, can begin.

The application for the building permit is currently being prepared. Submission is planned for this autumn so that construction work can begin by spring 2016. Due to the necessary preparations for the refurbishment project, Hotel La Margna will remain closed this winter.


By the end of 2017, the hotel will offer its guests 60 modern hotel rooms, three restaurants and a spacious spa. Grace Hotels, a worldwide hotel group operating boutique hotels on four continents, has owned Hotel La Margna since 2013. The group regards ownership and management of Hotel La Margna as a long-term strategic investment for Grace Hotels.

«We thank the town government, the town parliament and, above all, the voters of St Moritz for their vote of confidence in our plans for this iconic hotel. The overwhelming yes indicates St. Moritz’s willingness to embrace renewal and positive change,» stated Constantine Logothetis whose family business owns Grace Hotels. «We look forward to beginning a new chapter for this much-loved property and to introducing a new generation of visitors tot he beauty and allure of this unique valley».

Hotel La Margna (www.lamargna.ch), built in 1906, is one of the landmark hotel buildings in St. Moritz. It is located between the lake and St. Moritz town centre and is currently run as a three-star hotel catering for national and international clientele. The building, designed by the renowned architect, Nikolaus Hartmann, represents a fusion of Belle Epoque and Engadine culture. The distinctive property has been frequently renovated yet has always preserved its original charm. The hotel was acquired by Grace Hotels in October 2013.

Grace Hotels (www.gracehotels.com) is an award-winning luxury hotel group that offers sanctuary and quality for discerning guests in the world’s most sought after resorts and cities. The company’s hotels have attracted critical acclaim since the first opened in Greece’s Cyclades Islands in 2007. Each hotel is a wholly authentic expression of its locality allowing guests to enjoy a true immersion in local culture with an experience incorporating both tradition and modernity.

Gastronomy is an integral part of all hotels, with menus showcasing the finest local ingredients combined with international touches. The group is undergoing a period of significant expansion and will soon be present on five continents. Grace Hotels is part of the Libra Group (www.libra.com), an international business group owned by the Logothetis family.