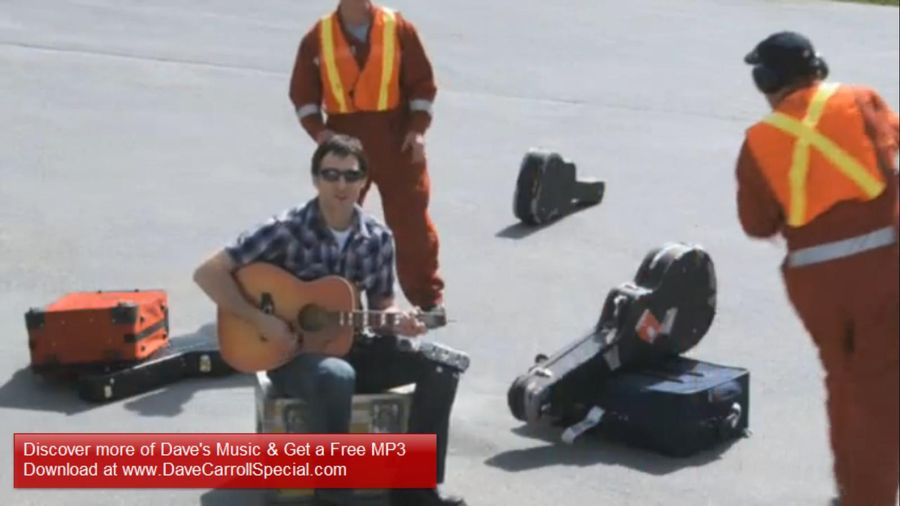 Everyone knows the feeling of being powerless when it comes to getting a customer complaint properly processed by a big company. Canadian Singer Dave Carroll took matters in his own hands when United Airlines first broke his 3'500 $ guitar and then refused to take responsibility.

Carroll's song "United Breaks Guitars" tells his (and his guitar's) story and became a hit on Youtube with millions of played streams.

United reacted quite surprisingly: They say, they LOVE the song, as Carroll told CBS.