Gian Gilli is well-known and well-liked in the Engadine. One will be hard put to find another local as universally respected as the sports manager, project promoter, and coach. Both success and failure have shaped his life. The coronavirus crisis has made him pensive—and optimistic at the same time. 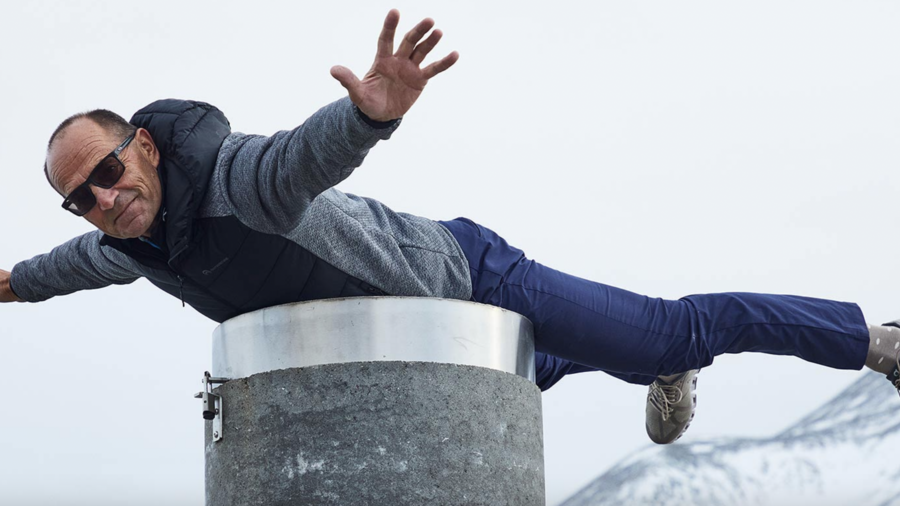 Gian Gilli likes people, that's more than apparent the minute you meet him. He does not shy away from engaging with strangers; he is open to everyone, will find the right words to say. He is as much at ease with the man on the street as with top managers or politicians. People instinctively trust him—the reason why is simple: there is no play-acting, no pretence, Gian Gilli will never pretend to be anyone else but himself.

When the COVID-19 pandemic broke out, he was, as acting CEO, in the midst of organising the Ice Hockey World Championships 2020 in Zurich and Lausanne. Come March, when their cancellation could no longer be averted, 320,000 tickets had already been sold for the games that would have been held in May. «That was a big setback for my team. But, we also had to put things into perspective: the pandemic was a global problem, and we needed to contribute to the effort to save lives.» As he invariably does, Gian will mention his team first. Even as their CEO, he sees himself as a ‹primus inter pares›. He knows that a team can only be as strong as its weakest link.

Gian Gilli seems to have unlimited energy: «Sports projects are charged with emotions. On the surface, they are events for athletes and fans. But on the inside, it's all about the team spirit, the countless volunteers, and the joint cause. That's what nourishes the passion that generates this incredible level of energy in the team.» At the heart of his organisation, he will put in charge a small team of experts with far-reaching responsibilities and who will be given great leeway. «I set the overall structure, and they each manage their accountabilities. That's what I call collaborative autonomy!»

Someone who devotes body and soul to his job needs something to counterbalance. «Exercising helps,» says Gian, «and so does the family.» The little spare time he has he will spend on his racing cycle, the golf course, cross-country skiing, or heading for a mountain summit. «I need to spend time outdoors—in the Engadine whenever possible.»

The Engadine is where he comes to recharge his batteries. Here are all his favourite spots, his roots, and his family. «The family, like nature, is a source of strength. My family, like nature, gives me strength. My wife Christine plays an important part in all of my experiences, the good and the bad. She has always been supportive, lent me an ear; she has always been, and will always be, right behind me.»

«I am also grateful for the difficult moments.»

The cancellation of the ice hockey world championships wasn't his first defeat. Successes and failures have been side by side all through his career. «The beautiful moments in life will help you take a step forwards, but a crisis is more impactful and will help you take a leap forwards.» His way of dealing openly with ups and downs is probably one of the reasons why he remains true to himself even in the face of defeat.

In 2013, he headed a committee that wanted to win the Winter Olympic Games 2022 for the canton of Grisons. Many a strategist would have tweaked the concept in such a way as to have the best chances in the referendum, revealing its full details only after the vote had been won. Not Gian Gilli. He went all in, placed his bets on a sustainable concept and total cost transparency. He lost the referendum by a tiny margin. He came out his reputation unscathed by the defeat. No one had ever doubted his honesty. Still, the result of the referendum had been bitter, he says looking back. «But, I need those difficult moments, too, to challenge me. They force me to find a new purpose. I am grateful for these difficult moments too.»

Gian Gilli's reputation for fostering talents is legendary. At the start of any project, people wanting to join his team will knock at his door—some will be long-standing comrades-in-arms, some new brains. His expectations towards each one of them will be high; he will help where help is needed; and, more often than not, he will let them take centre stage when the moment has come to bask in the glory of their success.

«Sometimes, you must dive in over your head.»

In that spirit, the 2003 World Ski Championships in St. Moritz became the world championships of the ‹voluntaris› (volunteers). The team spirit of 2003 is seen as exemplary to this day. The World Championships were his entry ticket onto the stage of large-scale events, but they came with a risk: «This job was way over my head,» he says in retrospect. «But, sometimes, you need to overtax yourself and to take a chance.»

The World Ski Championships 2003 turned out to be a resounding success—and the world championships of the Gian Gilli. A stepping stone for his next assignments: head of competition sports at Swiss Ski, hosting the 2009 ice hockey world championships in Switzerland, and, in 2010, 2012, and again 2014, he acted as head of the delegation of the Swiss Olympic team. Each assignment taxed not only his organisational skills and his ability to assert himself but also his personality.

Go back to 1 August 2012 at the Olympic Games in London: on the Swiss national holiday, the Swiss Olympic delegation had good reason to hope for more than just one medal. It was not to be: cycling superstar Fabian Cancellara was forced to give up his race after a nasty fall; fencer Max Heinzer made an early exit in the second round; and, in the men's canoe slalom, Mike Kurt broke one of his paddles and saw his legitimate dreams of a medal go down the tubes.

«We have lost some of our humility.»

On that same evening, Gian was supposed to address the Swiss Foreign Minister and distinguished guests. But he stood them up, headed instead for the Olympic village to comfort the athletes in their hour of need after their biggest defeat yet. «Competitive athletes are used to dealing with adversity, to be resilient, to continue after losing. They lead a disciplined and self-determined life. That's also why sports teaches you a lesson for life.»

According to Gian Gilli, resilience, or the ability to cope with a difficult situation, is what makes an athlete weather a crisis. Such as the COVID-19 crisis. «Sometimes you need to lower your sights and to recognise that the sky is not the limit,» he adds. He sees a positive side, too, in the current situation. «The pandemic has given an impetus to new ways of thinking and doing things. I hope the future will become a bit simpler and more sustainable,» he says. «In the past decades, we have lost some of our humility.»