«Rediscovering the dialogue – in the midst of a crisis»

«InfoBondo», the crisis communications campaign the municipality of Bregalia and gartmann.biz initiated after the rockfall and mudslides in 2017, has been awarded the Swiss prize for corporate communications. The expert jury praised the continual dialogue with those affected by the crisis and the extensive media work. 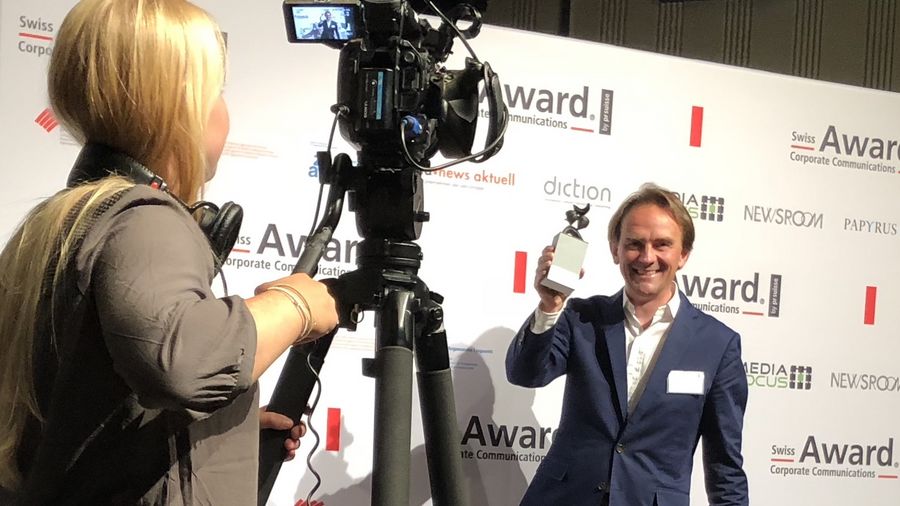 Close to 150 people had to be evacuated from the villages of Bondo, Spino, and Sottoponte after the massive rockfall and mudslides in later summer of 2017; they found new temporary homes, dispersed all over the valley.  It is for them that the town and gartmann.biz began the communications campaign «InfoBondo», which was presented with the Swiss award for corporate communications in Zurich.

«InfoBondo provided continuous and comprehensive information on the current situation, what we were doing about it, and what to expect in the coming weeks and months. At the same time, we also wanted to hear how the people affected by this disaster were doing and whether we – in their eyes – were doing enough and the right thing,» explains Christian Gartmann,  head of communications in the crisis management board, at the prize-giving ceremony in Zurich. «The intensity and type of dialogue we had with those affected by the crisis, and our pro-active communication with the media over the course of many weeks were something Switzerland had never seen in the aftermath of a natural disaster, and they fully met our objectives. The award is a reward for the readiness to break new ground in a crisis.»

The municipality's communication efforts spanned a number of channels: the media was pro-actively informed whenever an important decision had been taken, or the situation had changed. Assemblies were held regularly for the local population, at which the authorities in charge provided information and took questions from the public. A telephone hotline was set up to respond to general queries while providing additional feedback on the effectiveness of the undertakings of the crisis organisation. Those evacuated received up-to-date information on which of the closed-off areas they were allowed to access via a daily text messaging system. Last but not least, the doors of the town hall were always open: the local community could always come for help or information.

The prize jury commended the project's consistent focus on those affected by the disaster. InfoBondo, observed jury president Prof Peter Stücheli-Herlach in his laudation speech, «is the return to dialogue, in the midst of a crisis». Success was not due to a strict plan, but rather down to everyone's agile cooperation, he adds. «When people communicate in such a responsible way, they can overcome the most challenging situations.»

Building confidence to overcome the crisis

«By communicating pro-actively and continually, we built the cornerstone for people's trust in our efforts, which made everyone's work so much easier,» sums up the mayor Anna Giacometti a year on from the natural disaster. «It is with great pleasure that we accept this national award for our communications efforts.»

In the days following the rockfall and the massive mudslides, dozens of media representatives made their way to Bondo, and the media services replied to some 250 queries per day. «The peak of the media pressure often coincides with the peak of the workload for the crisis management organisation,» states Martin Bühler, director of the cantonal military and civil defence bureau, who headed the crisis management organisation in the first weeks following the disaster. «The ongoing exchange with those affected and our pro-active and prolonged dialogue with the media worked very well and effectively freed up the crisis management team to focus on resolving the crisis.»

Besides «InfoBondo», three other projects were honoured: