The Swiss mountain resort St Moritz elected Christian Jott Jenny to become its new mayor. Jenny is the founder and director of the international Festival da Jazz and moved to the world's most famous winter holiday resort only two years ago. This change in leadership will, both locals and visitors agree, give new impetus to the worldwide appeal of the prime Alpine destination. 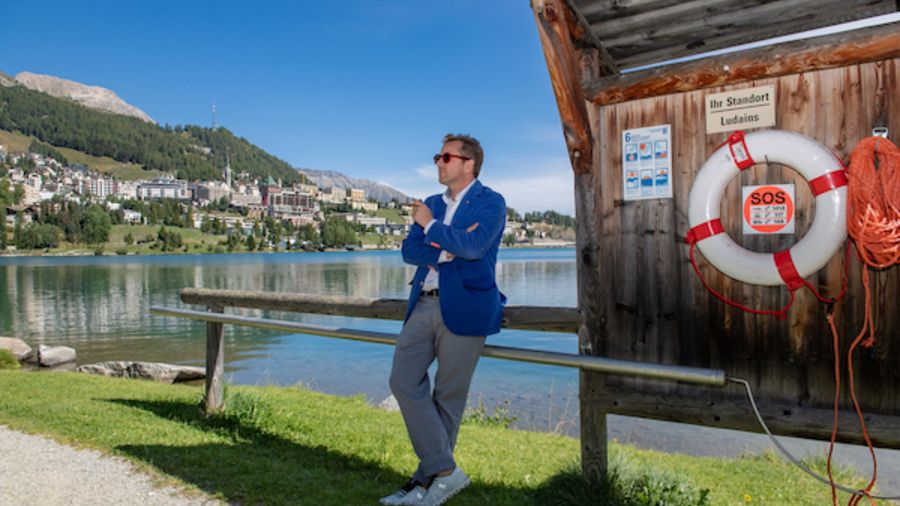 It came as a big surprise, when, just eight weeks before the election date, producer and entertainer Christian Jott Jenny announced he was running for the post of mayor of St Moritz. As director of the Festival da Jazz, he is no stranger to the people of St Moritz. For more than ten years, he has been bringing world-famous musicians to St Moritz onto the stage of his intimate and unique «Festival da Jazz».

Jenny had greats like Al Jarreau, Norah Jones, or Herbie Hancock perform for an audience of just 150 at the legendary «Dracula Club», Earth Wind & Fire bring down the house at an open-air concert while struggling for breath in the thin mountain air, and violin virtuoso Nigel Kennedy enrapturing the audience at an indoor hotel pool. Jenny has been around big names since his early childhood: As a boy, the trained opera tenor sang as soloist alongside Luciano Pavarotti under the direction of Herbert von Karajan at the Salzburg Easter Festival.

Jenny, so far, only moved in the political realm in his fight for more public support of cultural events or when he welcomed the crème de la crème of national and regional politics and business at his festival. «St Moritz has tremendous potential, both as a brand and as a place—a potential that hasn't been utilised to the fullest in the past years,» the mayor-elect explains. «I'm not a politician; I am an artist and a businessman. And I want to give something back to this wonderful place that means so much to me.»

Jenny has breathed new life into St Moritz: his bid for power triggered an unusually intense and emotional election campaign that made headlines in national and even international media. The young did not hesitate to champion the unconventional candidate, and, in time, support grew among the constituency in tourism and business, who appreciate Jenny's talent as a networker and tough negotiator above all.

The artist, who relies on the support of a network of volunteers, caused a small sensation in the first round of the election by relegating the incumbent to second place; Jenny's result came in five votes shy of the absolute majority that would have seen him win the mayorship in the first attempt. The eloquent personality and his troupe kept their cool, though, and Christian Jott Jenny, despite the opposition of the established parties, was elected as the new mayor of St Moritz with a clear majority of 894 : 822 votes. He will take office on 1 January 2019.